Kaloleni in Nairobi has a rich cultural, political and sports history. It is a place where Tom Mboya lived. A place where Barack Obama Sr. would hang out. Other politicians like Milton Obote, Argwings Kodhek and Jaramogi Oginga addressed people during the fight for independence. It was also where the first parliament of Kenya was situated.

It hosts Kaloleni Social Hall (McMillan Memorial Library). A great heritage site. It was built in the 1940s.

In June, this library was renovated.

The project was facilitated by Book Bunk, led by its co-founders Wanjiru Koinange and Angela Wachuka. Wanjiru is a published author. Her debut novel, “Havoc of Choice”, was released about a month ago and it is available at Text Book Centre. Angela Wachuka is a literary producer. Both women are passionate about rebuilding public libraries. They are currently working on the three McMillan Memorial Libraries, the other two are in Makadara and Banda Street.

Nafsi caught up with Wanjiru a while ago to share more about these projects and what they mean to the community.

How is your personal relationship with libraries?

Wanjiru I used to study in the school library. It was when I went to pursue my masters abroad that made me recognize public spaces can be beautiful.

I want to spend my life writing books. I have worked in the arts industry all my life. Wachuka is a publisher and is passionate about African children buying African books. We want better for our libraries.

How was the journey like to come to the completion of the Kaloleni library?

Wanjiru It has been a learning process. First it was a discovery for both Wachuka and I that McMillan Memorial has a branch in Kaloleni. We had no clue. It was obviosuly not part of the plan. Then we found out that all the three buildings were neglected. We have been slow and deliberate about renovating them. On March 3 this year, we hired 28 Kaloleni residents to help rebuild this one library. This is only the beginning.

The library is appealing. Why was this important?

Wanjiru It is the heart of why we are doing this. As Kenyans, our relationship with public spaces is broken. Public spaces are seen as, for a lack of a better word, ugly. We hoped Kenyans would see that we deserve nice things. Nice things can be found in Kaloleni. We designed this library as if it were in Westlands or London. We wanted the space to be what the community desired for themselves.

We recycled the furniture. In fact anything we had in the library was cleaned up. The building was paid for from what Wachuka and I raised from our networks. We received support from Duabi Cares, International Publishers Association and National Bank.

What views were you receiving from the Kaloleni community during this process?

Wanjiru When the renovation began, there was a lot of speculation in the air because the place had been targeted by land grabbers before. When the actual construction started, there were concerns whether the land was going to be grabbed. It shows how traumatic land grabbing is in these communities.

The area chief is such an ally, we do not make any move without involving him. We were able to build trust with the community through him. Many people serving in the government have been getting such a bad rep. I hope to see more people like Chief Jacob.

The Kaloleni Library is going to remain public. The people will use the space.

In what ways do you hope the library will impact the community?

Wanjiru We spend a lot of time inviting people to the library to ask them about what they want. The library is going to be used socially. It is not about books only. We can have sessions with tax lawyers, for instance. It is a space where people can access art that can change their economic reality. It is about teaching people money-generating skills. We will use the space for alternative learning, employ gardeners and cleaners and pay them full time.

What lessons from this are you employing in the Makadara Library renovation?

Wanjiru We are in the final stages of planning. We really want to see libraries as spaces that can solve all of our problems. The approach and template will be the same in all libraries. Makadara is a much bigger library. Fun fact, it is listed as a museum. What we can do is to expand the space to invite more users.

What kinds of books will be stocked at the libraries?

Wanjiru Mostly books by African writers. We are going to prioritise children’s books in terms of collection. I would like anyone who wants to read African children’s books to find them in the library. We are also going to have other genres of books such as classicals.

We have been thinking a lot about who is using this library. Why are they using it? The Kaloleni library is next to a children’s school. Makadara Library is mostly visited by teens and college students therefore the collection of books is going to reflect that. The main branch along Banda Street is going to be used by everybody thus a diverse collection.

We are curious as to when the Kaloleni library is going to be opened, all Covid guidelines observed.

Wanjiru I don’t think the library is going to be opened before school reopens. That also gives us more time to do finishing touches. 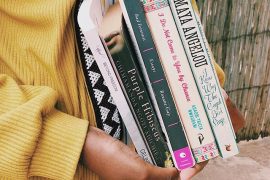 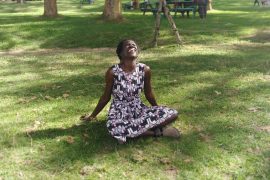 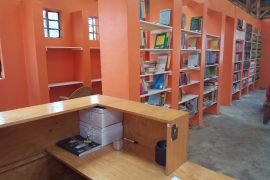 Mukuru Library, One Of The Three Libraries Around, Needs Renovation